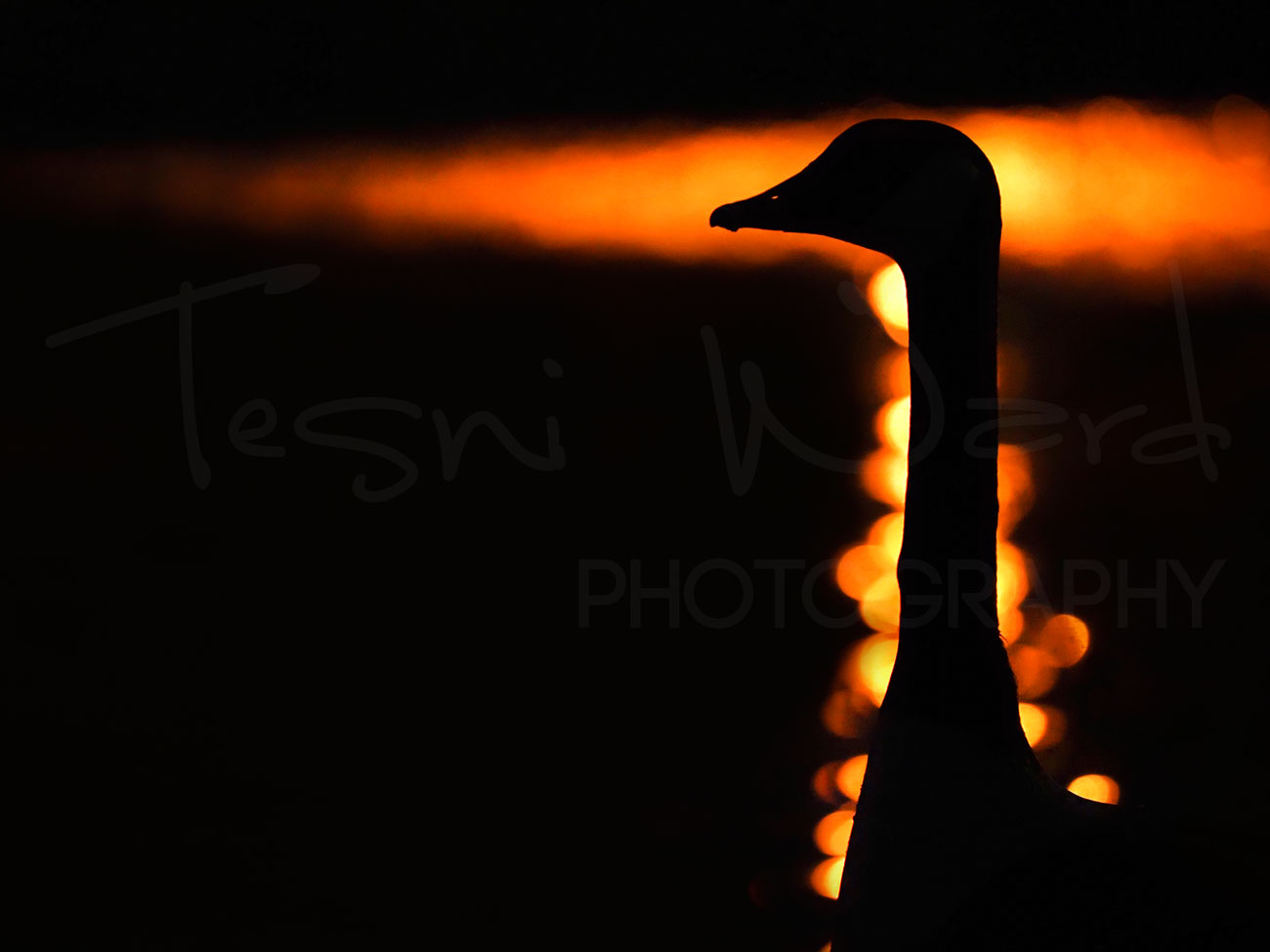 When news first began to circulate that a new Olympus camera was being developed for wildlife & sports photographers, it naturally piqued my interest. Before long, forums and social media were rife with speculation, so when the day finally came and I was able to get my hands on it, I couldn’t wait to give it a thorough field test. This review will not go into the in-depth technical aspects of the camera, but more focus on real life practicalities when it comes to using it.

After a month with a pre-production model, here are my initial thoughts on the EM1X. All images are pre-production JPEGs (and I dislike JPEGs with a passion!) until full RAW support is available. 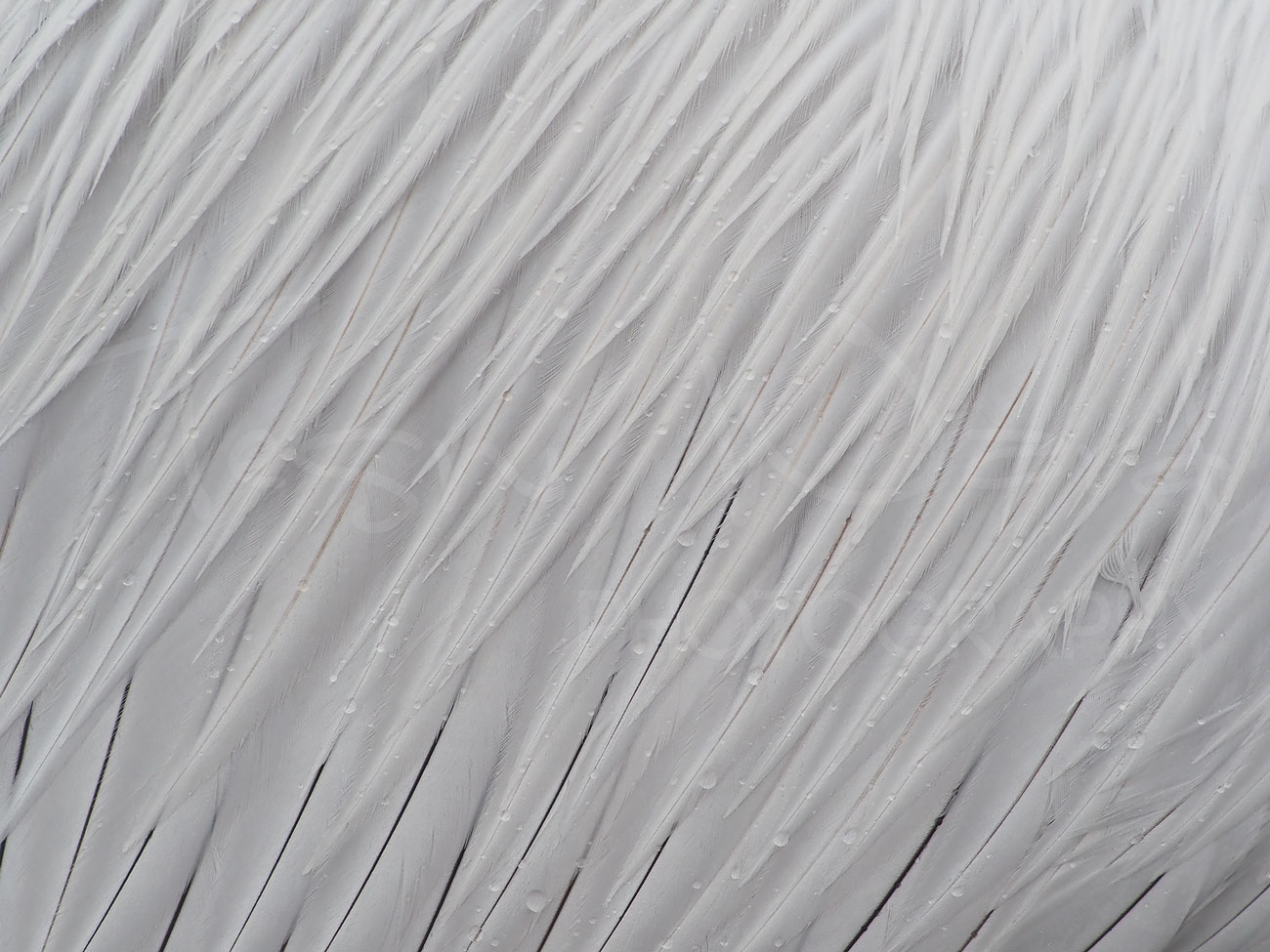 One of the most numerous opinions I’d seen online was that the camera would be too big and heavy, completely against what the m43 system stood for and on the extreme end of the spectrum, that this camera would be the death of Olympus. It’s important to remember that this camera does not replace any of the other cameras currently on offer in the range, which will continue to be developed and suit the majority of Olympus photographers out there.  The EM1X is more focused towards wildlife and sports photographers, many of whom already use the battery grip or a larger system. With this in mind, the size and weight difference on paper is ever so slightly bigger, but in practice, unnoticeable.  The space freed up in the body has allowed Olympus to double the processing power, also making it less hassle to switch out batteries.

For me personally, the camera just feels ‘right’. Perhaps because of my history with a larger dSLR, it’s something I’m accustomed to. 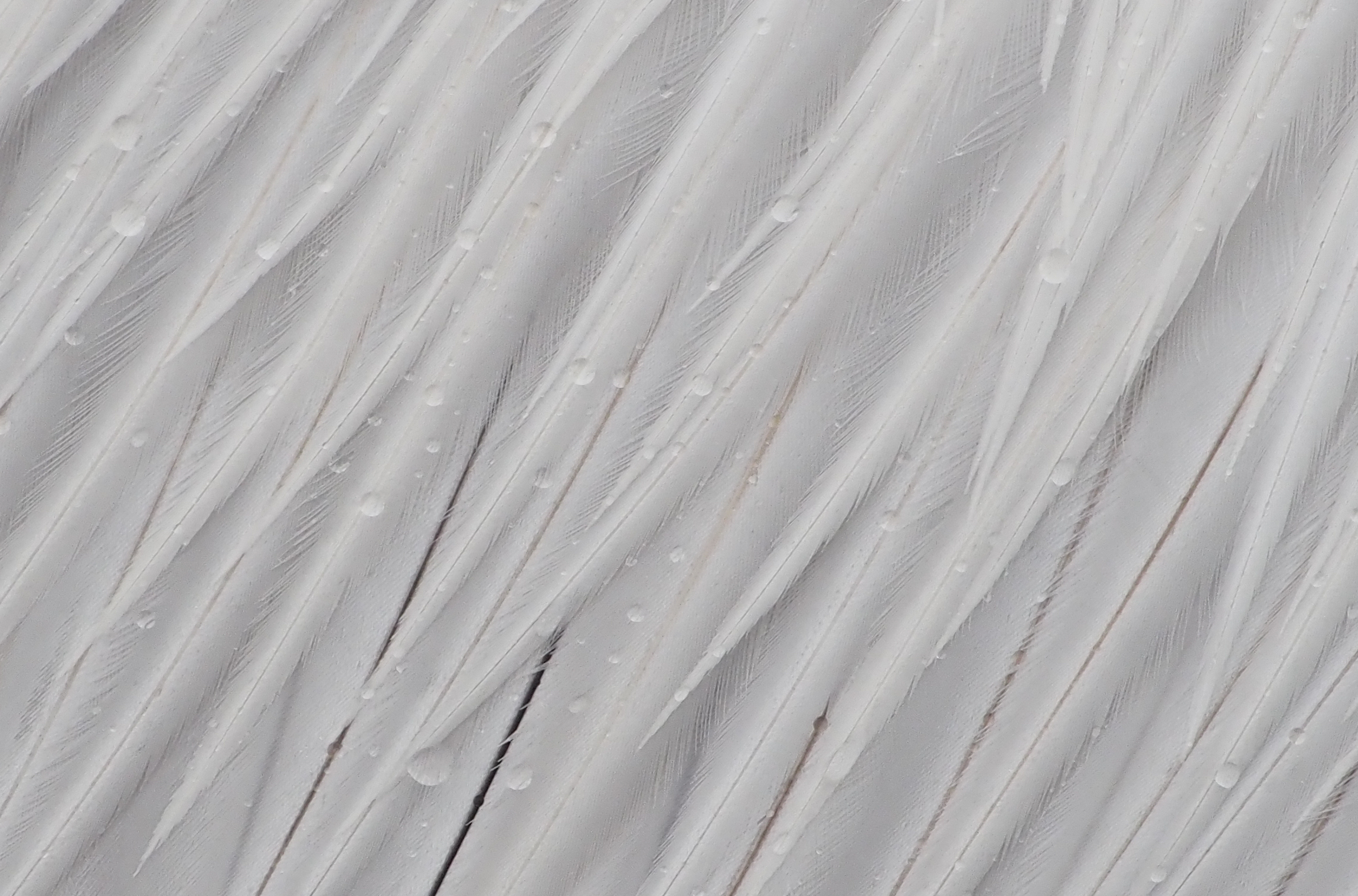 With a new algorithm, I can confirm that the AF accuracy and speed has improved over the EM1mk2, even in very low light conditions. It kept up with every scenario I put it through, with an extremely high hit rate when using C-AF without tracking.

C-AF tracking is not something I’ve had confidence in previously, and it would be disingenuous for me to say I do now, but the future is bright. Olympus have introduced different scenarios for tracking, currently focused on Motorsports, Airplanes & Trains. To develop a database for each genre is a colossal task, and given the fact that many animals are different structurally, it will take time for this feature to be developed, however I’m confident that they will in time! Until then, I will continue to use C-AF with great results!

Charge or power the camera directly

FINALLY. It’s not unheard of for me to spend several days at a time out in ‘the sticks’, away from any power sources or basic services. This causes issues when it comes to power. To combat this, I would usually have at least 8 batteries with me on a trip, being sparing where I can to maximise my time out and about, but my time is always limited. Now, I can either charge or directly power the camera via a USB connection, meaning those power banks I have had previously for my phone and other gadgets can now be put to better use and I don’t have to worry about running out of power any time soon!

Micro Four Thirds will always be terrible for low light performance… Right? Sorry, but I do not agree! For years, long before I was an Olympus shooter, I was a prolific pixel peeper. You would find me dismissing images left right and centre because I felt they were too noisy or grainy. This was a self limiting belief. Oh how times have changed. The first image of this article was taken at 3200, in extremely low light and challenging conditions. It’s a pre-production JPEG, with absolutely no post-process noise reduction. It’s also a low-res image for the web! Below is another image from the series at a 100% crop, no PP reduction at 3200.  For me personally, any grain or noise has not in any way taken away from the image or damaged it, so I look forward to many future high ISO, low light shooting scenarios! 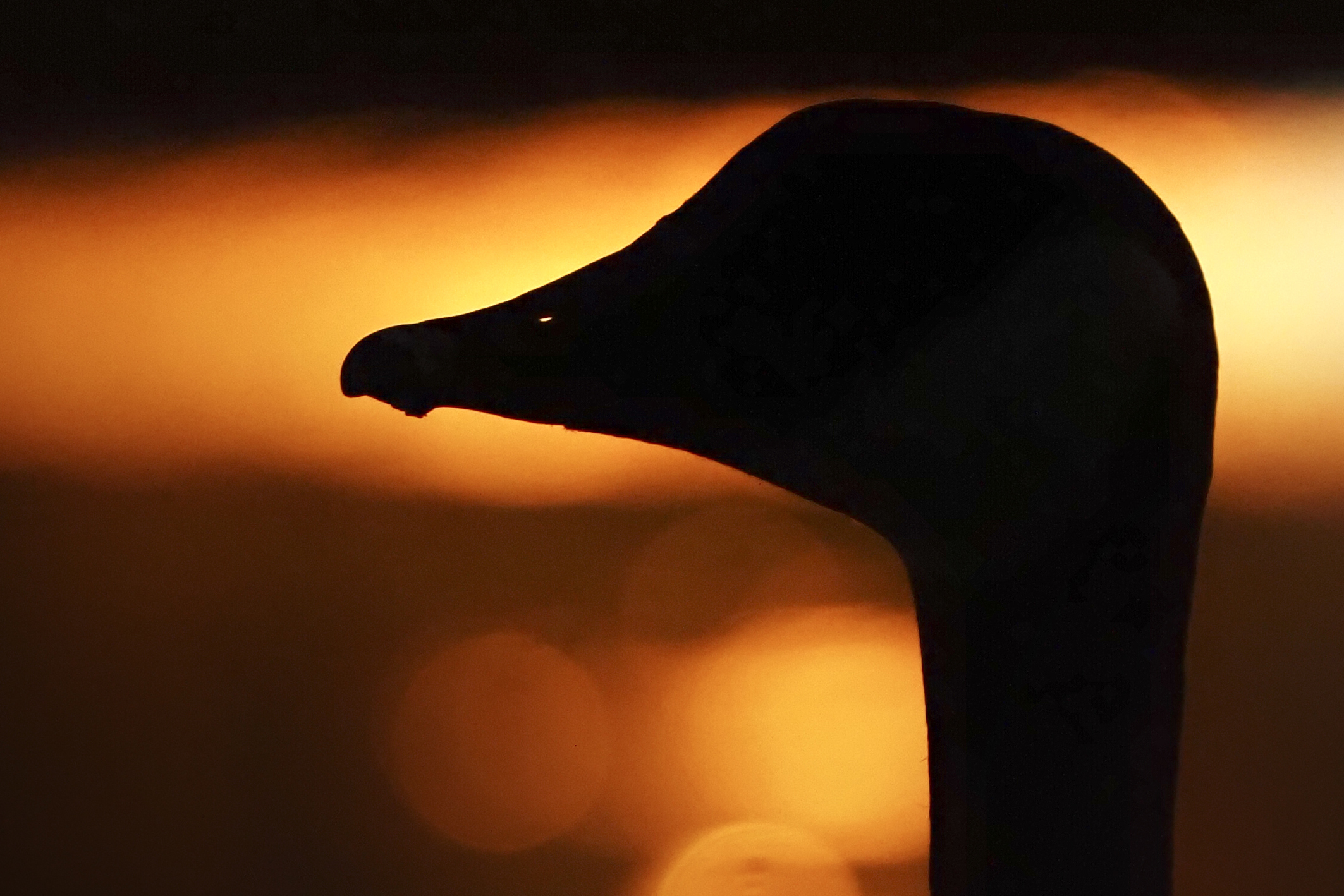 Whilst this is not a feature I will use extensively due to the movement of my subjects, it’s still something I’m quite excited about. I’ve been able to achieve images at 1/5th of a second handheld (albeit braced against a wall) on a static subject with the 40-150mm, but will certain animals that have a tendency to stay perfectly still for a time, there may be the potential to experiment with this mode further on wildlife. Watch this space…

Let’s be frank, the IS on the EM1mk2 was already pretty darn good, you could argue they didn’t ‘need’ to improve it, but they did anyway. 7.5 stops of IS blows the water out of other systems available in this market, and comes in handy when working with long focal lengths. With the announcement of a 150-400mm f/4.5 with a 1.25x TC inbuilt and the ability to use a 2x on top of that, good IS will be essential (2000mm, I genuinely can’t WAIT to get my hands on this gem of a lens!).

Before I moved to Olympus, I would be paranoid if a single drop of rain began to fall from the sky after experiencing severe water damage to my old dSLR in a moderate rainstorm. These days, no weather condition is too severe to shoot in, to the point where I’ve had more than one occasionally accidentally dunking the camera in water (the camera is NOT designed for submersion in any way, shape or form, but thankfully the weatherproofing held up just fine!). The EM1X has even greater weatherproofing, so there’s no need to fiddle with awkward covers or weather shields. 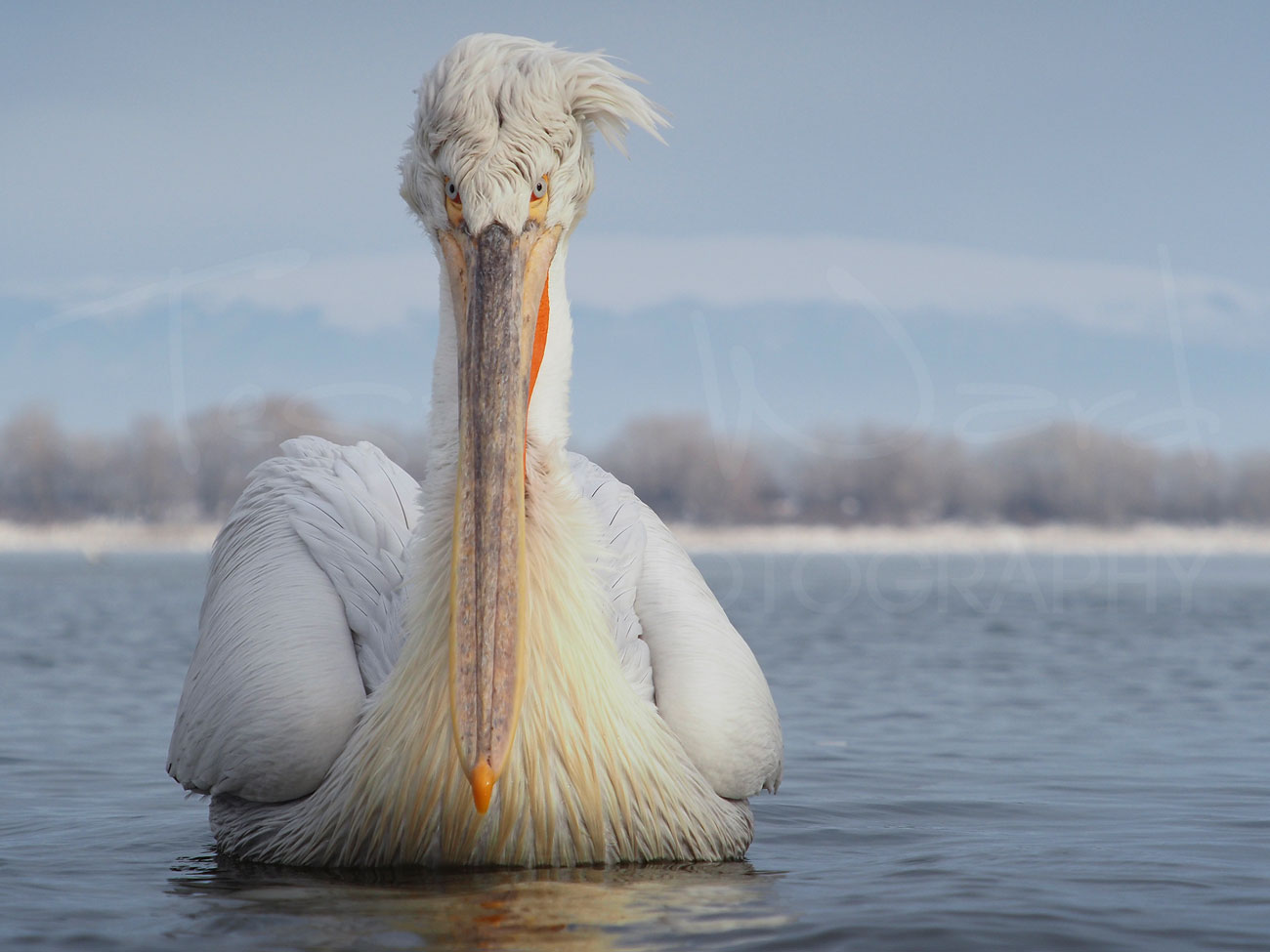 Yes… I know. The menu systems on Olympus are often a point of contention. I’ve been asking for months for a customisable menu system, so it’s great to see that this has been implemented in the EM1X. By pressing the record button whilst hovering on your chosen setting, you can assign it to one of 5 My Menu tabs for quick and easy access. Each tab can hold up to 7  total which should be ample for most people. Personally I’ve used two full tabs to cover everything I need quick or frequent access to.

It’s definitely the little things in life that makes a big difference for me, and the inclusion of a joystick is something I’ve been crying out for since I switched systems. Using the arrow buttons to move the focus point was OK and the targeting pad had its uses, but for fast changes it was cumbersome and occasionally unreliable.

Not everyone uses the video functionality on Olympus, but over the past year and a half it’s been something I’ve frequently indulged in. The autofocus on video left much to be desired however, forcing me to use manual focus at all times. I’m pleased to say that the EM1X has addressed this issue, with substantial and noticeable improvements. Additionally, you can actually control the C-AF sensitivity, speed and IS modes directly for video which is a most welcome feature.

What I wish it had

No camera is perfect, and we will always nit pick on the things we wish were included but aren’t. There were certain things I wasn’t as chuffed about with this camera…

• No 4k 60p video. The 120p HD video is good, don’t get me wrong, but I’m desperate for a 4k slo-mo feature.
• Super low shooting. I like to shoot low… really low. And the integrated grip can get in the way of this sometimes. With battery grips previously, I’d just take them off, but here it’s not possible. It’s not a deal breaker by any means, but if I need an extra few cm, I will still reach for the EM1mk2.
• No wildlife scenarios for C-AF tracking (yet). I would have loved for this to be included at launch, but I understand entirely why this is not possible, as it would easily push production back by many months.

So to summarise, am I excited about this camera?

Is this camera for everyone? No. This camera has been designed specifically for sports & wildlife photographers, and they’ve done a darn good job with it too. This doesn’t mean it’s not suitable for many other genres, but not everyone wants the extra size or weight, however minimal.

I’ve genuinely loved shooting with it over the past 5 weeks and it’s produced some outstanding video & images (more to come in the following weeks and months).

A surprise encounter with this absolutely beautifu

I've just returned from a wonderful long weekend i

In winter I usually spend a significant amount of

When a Badger emerges where you least expect it an

It's always a privilege to have an animal gift you

Although the consistently dreary conditions in Gre

I hope everyone had a fantastic festive season! I'

It's usually the case that when the light is at it

Mountain Hares spend the majority of their time wi

A truly stunning Red Crested Pochard with some gre

Sometimes all the factors you need come into place

Write a caption... Aku is such a handsome boy and

It can be extremely difficult to definitively tell

Mountain Hares are armed with surprisingly long an

Load More...
This error message is only visible to WordPress admins

error: All images are copyright of Tesni Ward Photography & cannot be used without permission.