Six Months on with the EM1X

It’s been a little over 6 months since I first got my hands on the Olympus OMD EM1X, so it’s fair to say I’ve had plenty of time now to fully push it to the limits! I can’t see myself going back to the Olympus OMD EM1 mk2 as a primary shooter again, but I will continue to use this camera happily as a second shooter to complement the EM1X. Whilst my original EM1X review still stands, I wanted to address a few things that have been even more noticeable as time has gone on along with answering a few key questions that keep popping up around the system. 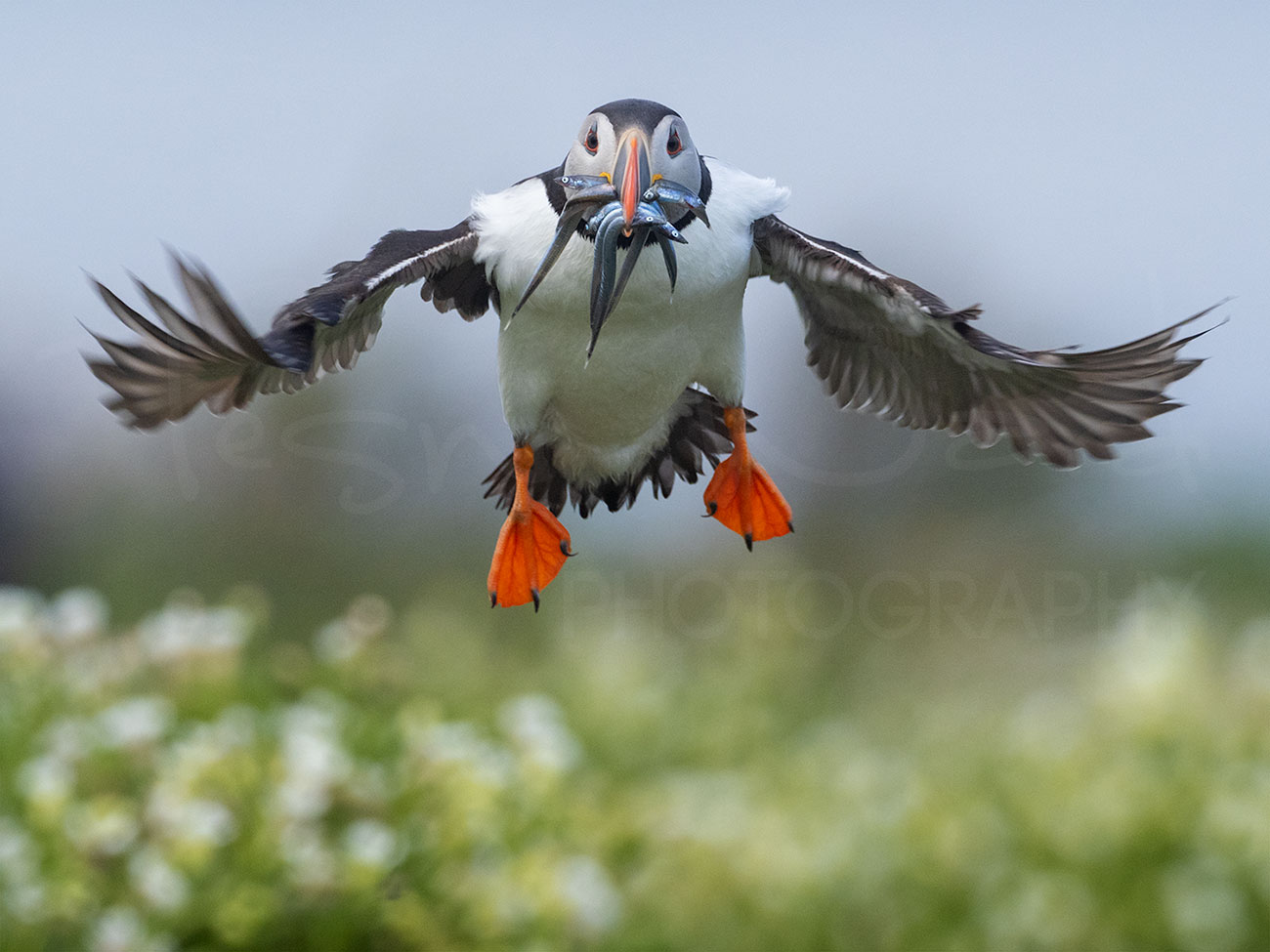 When I was fortunate enough to get my hands on the camera initially, I could instantly recognise that the AF system had improved over the EM1 mk2. Whilst I was certain that it had improved a reasonable amount, I didn’t appreciate this difference until I was without the EM1X for a couple of weeks and reverted back to the EM1mk2. The mk2 is still a highly capable camera, it was blatantly obvious that the EM1X was superior in this regard. I have had a substantially higher hit rate with birds in flight along with erratic moving subjects and I find the focus locks on and holds it much more reliably.

I’m still a firm believer in using C-AF without tracking to ensure you as the photographer are in control as much as possible, however it’s undeniable that the C-AF tracking on the EM1X has been improved. I’ve trialed it a handful of times now on erratic subjects where moving my AF point constantly was not an option and found myself pleasantly surprised by how much more consistent it is. It still lags behind occasionally or picks very random foreground or background objects to drift to, but in general it’s a marked improvement. Whilst the current profiles for C-AF tracking are not specific for me, I continue to hope that a wildlife / eye tracking mode will be developed in the future. 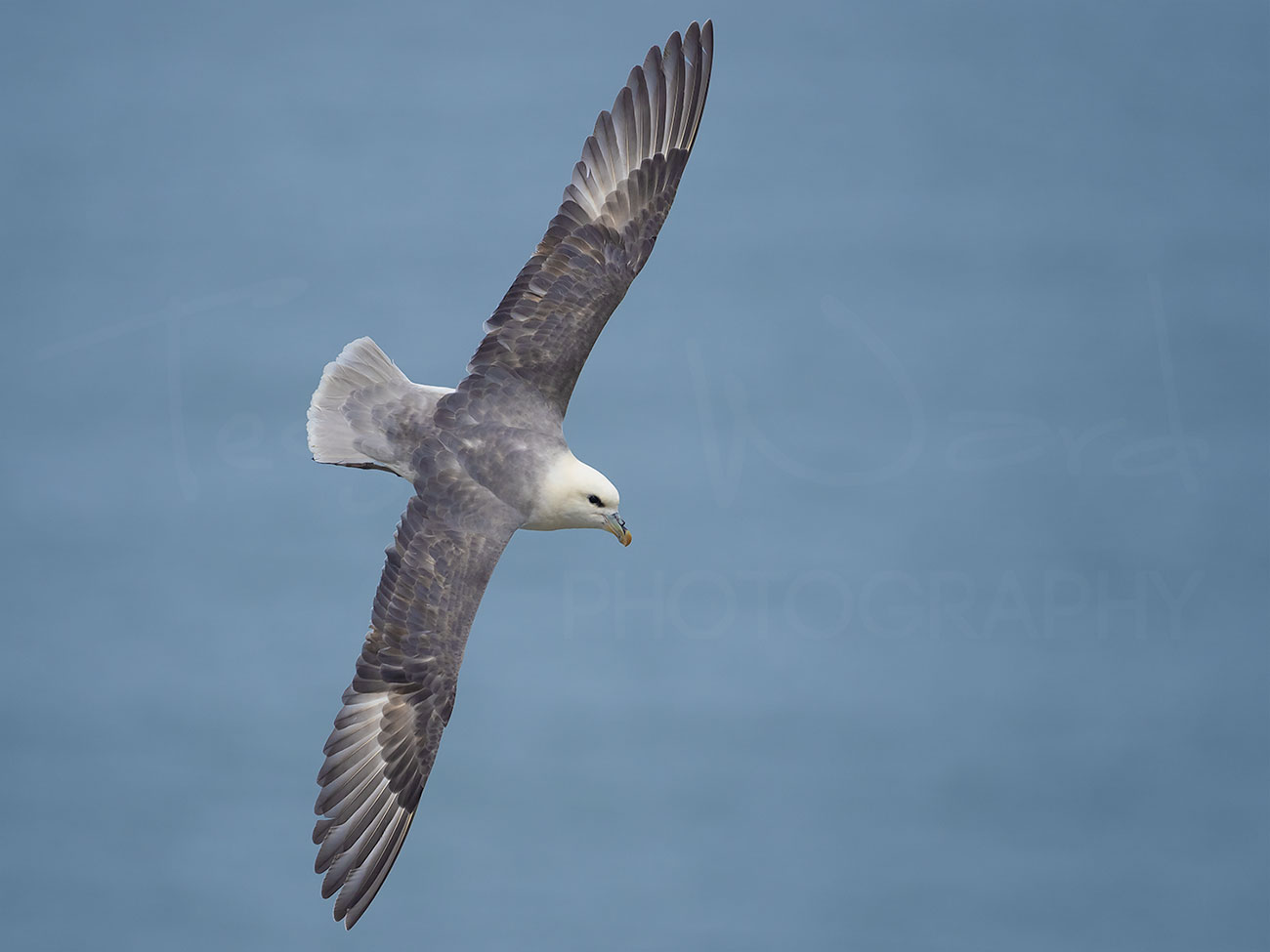 Something that I do quite frequently is to use my second shooter remotely by connecting it up and controlling it with my iPad, letting me then use my primary camera to shoot with further back using a longer lens. The EM1mk2 was good for this, but I found that beyond 10-15m distance the connection would be unreliable and direct line of sight was required. Now with the EM1X, I’ve been able to maintain a stable connection at 20m and without a line of sight. I have not had any issues with the connection dropping out or lagging and it’s made this form of photography more reliable. A notable improvement that I did not pick up on when I did my initial review. 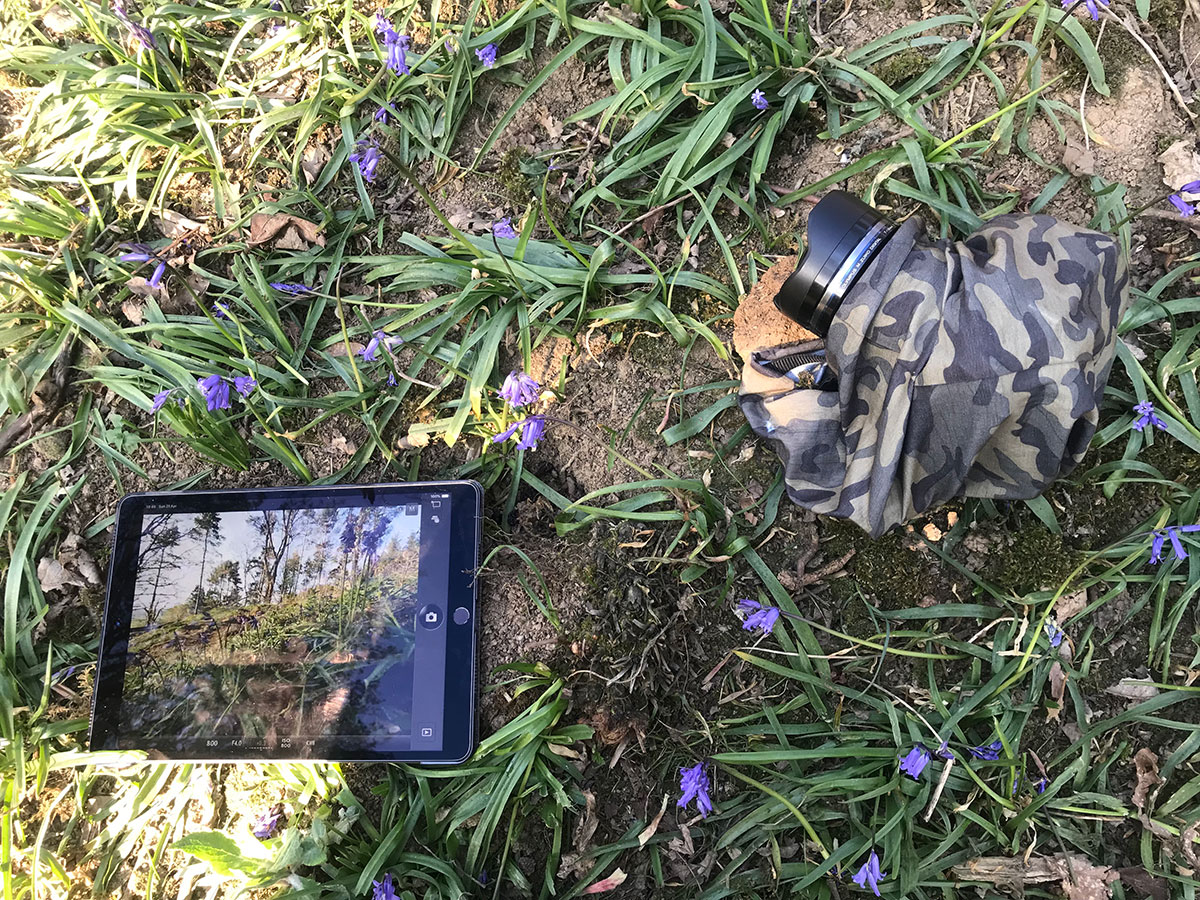 The EM1X & 7-14mm lens connected to my iPad to control from further back.

It’s fair to say that I’ve not shied away from pushing this camera to it’s absolute limits over the past 6 months… and it hasn’t disappointed. Whether in blistering cold snow drifts that would cover the camera in seconds to torrential downpours, sandy beaches or saturated quagmires, this camera has been through it all and emerged without issue. Who needs a waterproof cover for their camera anyway? 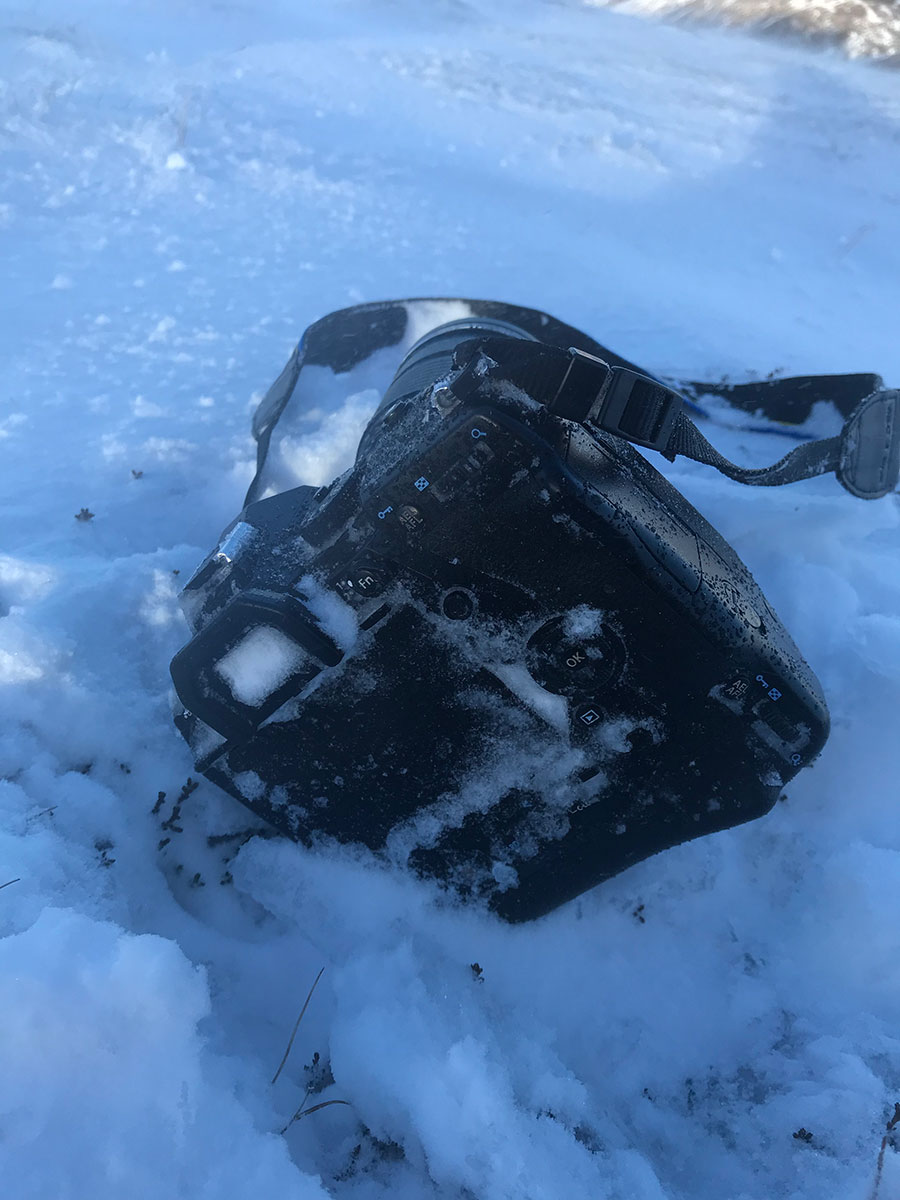 It didn’t take long for the camera to freeze over in the Scottish Highlands, but a quick brush off and it was ready for action!

The addition of a My Menu, joystick and an additional custom mode has been so helpful over the past few months, along with the ability to assign custom modes to function buttons again for added speed and versatility when needed.  I’ve also assigned my switch to flip between photography and video smoothly which is a welcome ability.

What I’ve not made the most of

With a camera with so many option for customisation and use, there will always be things that are overlooked or not used to their full potential. For me, I’ve neglected these options over the past few months but still see great potential if used in the right circumstances:

– High Resolution Mode. Something I find more suited to static photography such as architecture, landscapes etc but I will endeavour to use it should the opportunity present itself in wildlife.
– Pro capture. I only use this mode occasionally but it’s an absolute gem in the right circumstances.
– Powering via a power bank. Because of my plethora of batteries I’ve done very little in terms of powering or charging my batteries via a power bank, but this is something I will definitely use more of when I’m away from home for some time with no access to power.

What I would like to see included in future models

– I’m still longing for a 4k 60p video mode, although the fHD 60p mode currently available has surprised me in a good way!
– Is it greedy to ask for 1 more function button?
– Bring on the wildlife C-AF tracking options if/when they arrive!
– Totally unrelated to the camera, but I yearn longingly for the 150-400mm f/4.5 coming out next year! 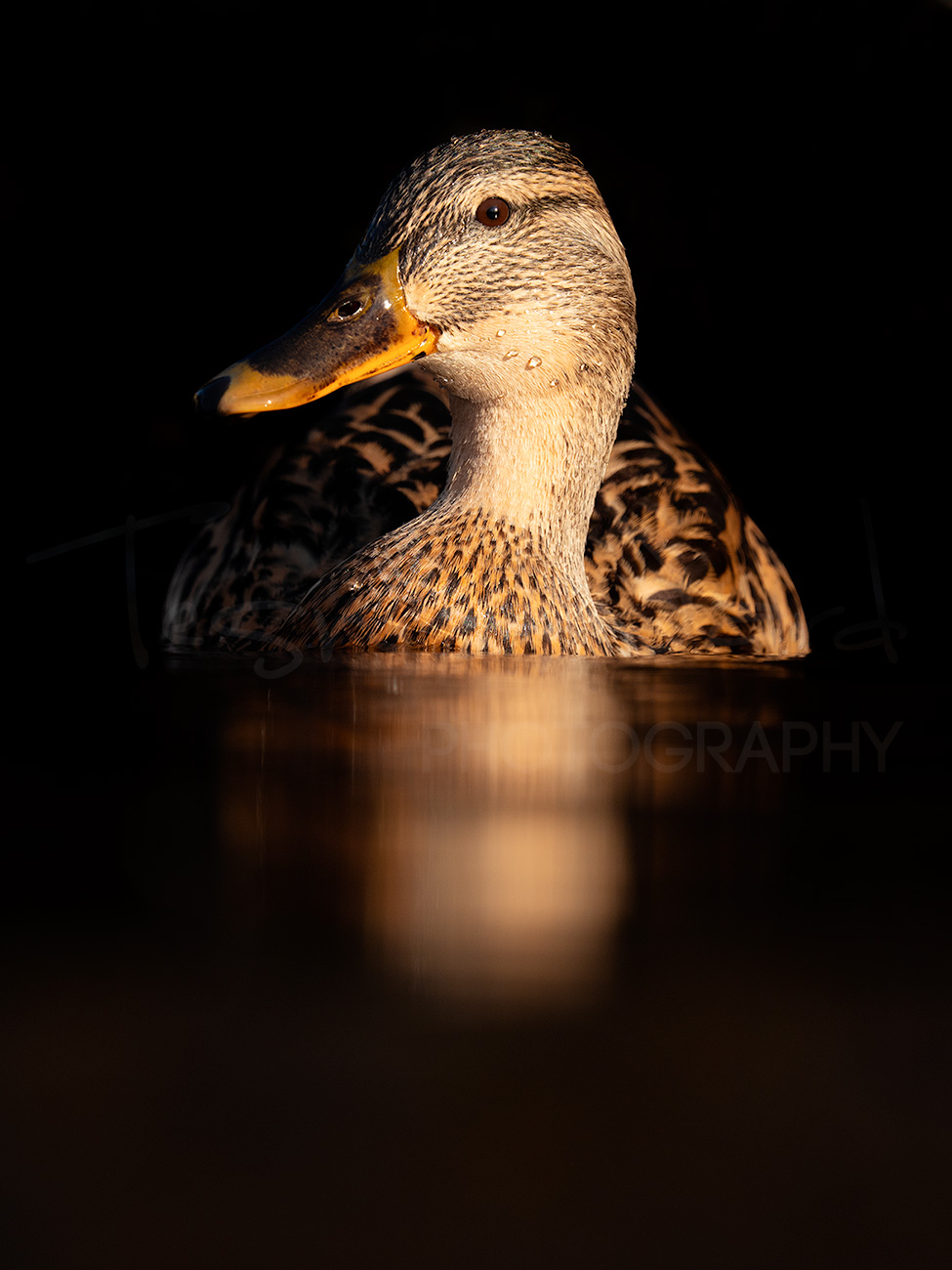 Dangling over the edge of the reservoir wall, I wa

The light on the lake was incredible when the sun

It can take 3-4 years for Dalmatian Pelicans to de

A study on Chimpanzees in Uganda showed that up to

There's something extraordinarily enriching about

Golden light when with Puffins is something I've r

From apocalyptic dark conditions one second to har

You'd think that isolating a Puffin would be easy?

Luna and Aku in some absolutely stunning light at

On the first evening working with Dalmatian Pelica

Another image of the sequence taken with Beardie,

From the start of April to the end of July, I take

Load More... Follow on Instagram
error: All images are copyright of Tesni Ward Photography & cannot be used without permission.